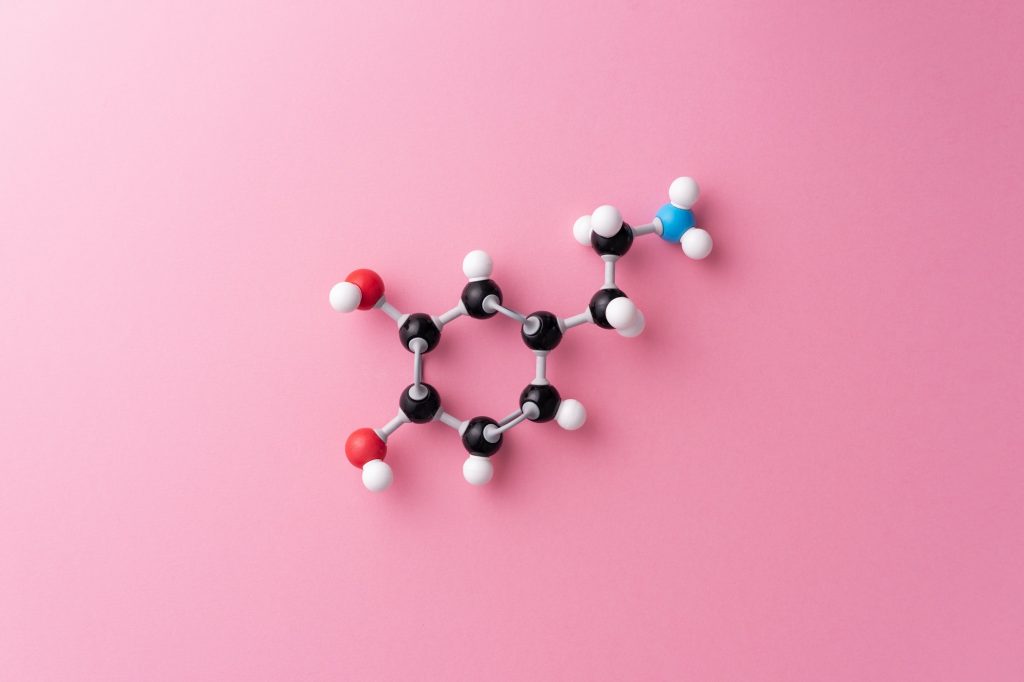 Dopamine, Serotonin and Endorphins are all chemicals that occur naturally in the human brain. They are all linked to addiction and I thought it was worth clarifying exactly the role that these chemicals play because, as is usual with alcohol and addiction, there is a huge amount of misinformation and misunderstanding about them.

Dopamine is essentially a chemical that makes you want to do something. It makes you feel like you want or need something. Your body releases it when you drink because it counters the depressive effects of the alcohol. When you have a drink you tend not to care about things; you don’t bother about clearing the kitchen before bed, doing the washing, cleaning up, or the myriad of other things that, if you weren’t drinking, you wouldn’t be able to leave.

The problem is that this ‘not caring’ is not your natural state. Your brain recognises that your motivation levels are low, so it increases dopamine to get you moving again. You then go to sleep, the alcohol wears off, but the excess dopamine remains.

This is why a lot of people find that the day after drinking (provided they haven’t drunk too much) they wake up and want to eat or have sex. This is caused by the dopamine. Your sex drive goes up, appetite goes up, in fact, you will have a much greater motivational need to obtain virtually anything you can think about. This is why trying to control what you eat after a night’s drinking is virtually impossible, and is one of the many reasons drinkers tend to be overweight. The increased dopamine makes them constantly want to eat, even if they aren’t hungry or are even actively full.

Serotonin and Endorphins on the other hand are chemicals that make us feel good. Alcohol consumption has been linked to an increase in these and so there is an assumption that one of the chemical effects of alcohol is to increase the levels of these feel-good chemicals which creates a feeling of euphoria. But in fact, there’s absolutely no direct evidence that it is the direct chemical effect of the alcohol that is responsible for the increased levels.

There is much that we as humans do not know about these two chemicals and how they affect us, but what is becoming increasingly clear is that they are survival chemicals, and by this, I mean that they contribute to the survival of the individual, the family unit, and the species. When you do something that is good for you personally or good for the species, you’re rewarded with a boost of these and this in turn makes you feel good. So eat something, do some exercise, have sex, interact socially with others, and you get this feel-good boost.

Of course, the human brain is far more complicated than this. Did you know that decreasing stress can raise the levels of Serotonin and Endorphins? Stress will actually decrease the levels, and removing stress can increase it. Remember that alcohol withdrawal and tiredness (both byproducts of drinking) are a form of physical stress. Alcohol will remove both of these forms of stress by relieving the withdrawal and anaesthetising the tiredness. Your body will interpret this as ‘beneficial’. In essence, it can be tricked by the effect of the drug.

It is also worth bearing in mind that often we drink while also eating and / or socialising, so this feel-good boost is often due to these two aspects, rather than the drug itself.

If alcohol simply had the chemical effect of releasing Serotonin and Endorphins then every time you took a drink you’d be euphoric. Clearly, this isn’t the case. Some people suggest that over time your brain reacts to the constant release of these feel-good chemicals by no longer releasing them in response to alcohol. But if this were the case then you would never experience any pleasure while drinking and this clearly isn’t the case either. In fact, what we find is exactly the same as we found during our whole drinking lives; that sometimes a drink really makes us feel good, other times it seems to no nothing at all. This is because it is the circumstances and not the alcohol itself that leads to this ‘feel good’ boost. Of course, you will experience less and less pleasure from drinking over time because over time the negative effects of drinking become more and more apparent and we tend to worry about our drinking more and more. After all, you’re not going to get your ‘feel good boost’ if you are worrying about something. This in and of itself will ensure that you get less Serotonin and Endorphins when you are drinking, and is another reason why, over time, our drinking becomes less and less enjoyable.